Allive goshitell & trying to find a place to stay in Seoul 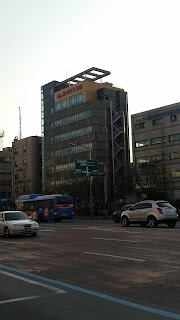 When I had to find a place to stay it wasn’t easy, before I left the US I was willing to stay in a goshiwon. I figured, it wouldn’t be that bad, until I visited a couple. In one instance I was ushered out quickly, by my friend, and told it wasn’t fit for humans. They aren’t ALL that bad – some are decent, but you have to be willing to look and pay more.  Some goshiwons/goshitells are CHEAP, you can live in some for less than $300 a month (Those ones are closer to Yonsei). That, however, is not always the best way to go.  When I needed a place the University helped me find a room at the goshitell I am at as I write most of this (I won’t post it until I move). There happened to be an open space here, so I lucked out. I was living at a hostel, it wasn’t the most ideal of situations – but it was a better situation than some of the goshiwons. I got to Allive I was happy to have a place to hang my clothes. Because I was LITERALLY sleeping with my clothes, and bags, and everything else. There was nowhere to put my stuff.  As I learned, that although the situation changed, as with everything, there was still the good the bad and the ugly.
I asked the other roommates what the thought were good & bad & worse about being here. So this is the collaboration of myself and about 4 other roommates. 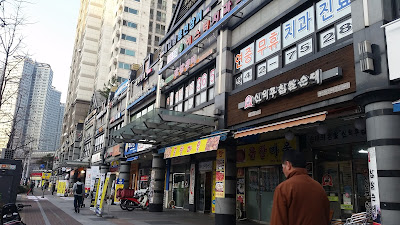 
The manager is REALLY kind. When I left he even helped me get my bags to the bus stop. 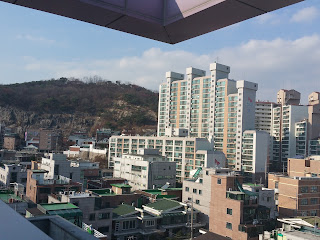 The manager pretty much leaves you alone.


The building is still fairly new, so it looks nice.*NO insulation


The rooftop is a cool place to hang out.


Good location, good priced gym, many markets and restaurants nearby


The rooms are bigger than most goshitells. You can actually put your arms out and not be touching anything.


We have a kitchen 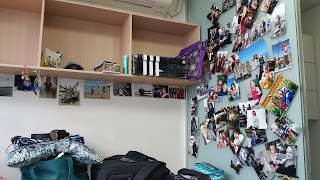 There are plenty of places to store stuff ie. clothing, books (and an area to store luggage) (free hangers)


Mini fridges in our room.


There is free internet (or it’s included).


Private bathrooms (this is more important than you think)


Free laundry (other ones don’t have this)


*He’ll give you a blanket (okay, he gave ME a blanket, not my roommates)


There is a common area (which is nice) Also we only have 8 people per floor, so you get to know each other and visit *except for 7th floor
2 blocks from the subway
3 blocks from the university 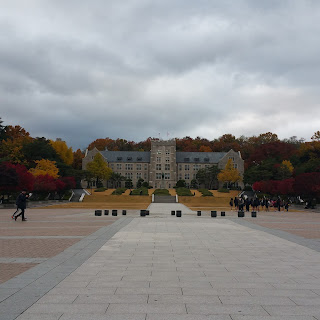 
The manager doesn’t speak English. *It is an international goshitell for foreign students- ran by the university, although I worked to speak to him, it wasn’t everyone’s goal. This caused many misunderstandings that could have been easily avoided if we could have communicated both ways.


The manager doesn’t always warn us before maintenance, therefore SURPRISE, no shower.


There was/is no cooking supplies. No pot, no pan (I bought these to leave)


The stove top on the 6th floor isn’t the best, it doesn’t turn off, and you have to unplug it.


The internet likes to stop randomly


Although the laundry is free, he doesn’t want you to dry your clothes in the dryer (everyone sees your undies) 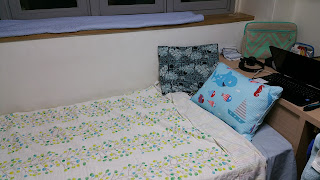 Bedding is not provided, so good luck aimlessly wandering around trying to find sheets (because they don’t have sheets in Korea) *Also one thing I noticed was when all the students left new blankets were thrown out when they left. I saw so many nice new blankets tossed.  Such a waste.


The windows are drafty


It can turn into a sauna * as I write this we are all sweating like crazy from it.  Winter just started and he turned the heat up so high we are all very uncomfortable.


**He wouldn’t let us open the outside doors and get air when he did this, or turn the temperature down- but he would complain about the heating bill. My room was freezing, but the common area was sweltering. I would open my door just to get warm. (*I was able to open my bedroom door and it evened everything out a bit and my room warmed up. This good side is, you might not want to open your door at another place. This one you could.


No lamp on the desk (just a giant glaring light)


The shower will flood if you turn the handle wrong.


The shower has two settings Frosty the snowman’s embrace or Death Valley and friends and you don’t get to pick which you get when.


The 7th floor has no kitchen, so the tenants go to other floors. They leave messes and make the floors smell like whatever they are cooking


STORY TIME:  My door swole when the heat was turned on. I already had problems with the door when I moved in (My roommates even remarked on how difficult it was to close) well I came back from a run to the store, and the door was jammed. I thought it locked on me. NOPE. I called the manager over to look and he “fixed” the door. I told him I had problems since I moved it, but he disagreed (you don’t get to disagree here, sir.) He broke the handle. It didn’t want to turn and the lock no longer worked. If I wanted a new one I had to pay ₩30,000. In the end I paid to have a lock.


·         The manager’s lack of English. I wanted to address this, mainly, because it sparked a huge argument. He is a 50+ year old man, it is his country. We are visiting. He works at the building that is owned by the university, he manages it (this is what we were told).


·         He works at a building where foreign students live, most speak English. No I never demanded that he gain a fluency in English.  I was simply stated “He should learn English” meaning it would behoove us all. I say this after watching the misunderstandings between him and the residents, his hissy fit over the miscommunication (not always). He would also use other residents as his personal translator, which I felt was rude. This was one major difficulty about communicating with him.


Finding a place wasn’t easy.
My friends took me to a couple places, and they were bad. One place would have had me on the floor by an entrance and demanded I stay 6 months.
I said no way. I have back problems and she tried to tell me the mat was good.


The hostel wasn’t so bad, but the owner’s mother would yell up and down the hallway at 9:00 am and after I moved upstairs, the climb killed me. I could barely get up and down these stairs (specifically these stairs)
One goshiwon said there was no talking and if I wanted to talk I'd have to go outside.  2:00 am on the phone, outside. I don't think so.


The goshitell was a blessing after all the places I had looked at. I would recommend it. There’s going to be good bad or really bad, no matter where you go~  Sometimes, it’s not that bad. In this case, the good definitely outweighs the bad. 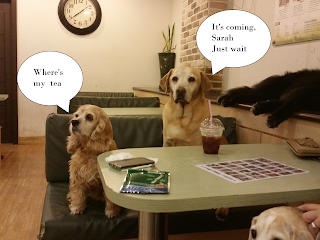